There Is Hope. We Can Help

MidSouth Pain Treatment Center is now offering Ketamine infusion therapy in Southaven, MS for the treatment of depression and chronic pain.  Ketamine, widely used as an anesthesia drug decades ago, is again generating medical attention for its ground-breaking results in treating chronic pain and treatment-resistant depression.  For the first time, patients that have lost hope now have good reason to be hopeful. Researchers have called Ketamine the most exciting breakthrough in the field of depression research in the past half-century.

Depression often accompanies long-term conditions such as chronic pain, but often goes undiagnosed and untreated, leaving patients with no support for mental health.  Eight percent of American adults have depression, an often debilitating and sometimes fatal disease. People with major depression are 20 times more likely to attempt suicide. Talk therapy and antidepressant medications often help, but such treatments leave one in three people with depression searching for more solutions.

That’s where Ketamine’s results and benefits are staggering.  Among people with treatment-resistant depression, between 50 and 90% respond positively to Ketamine, says psychiatrist and researcher Carlos Zarate Jr., MD, Chief of the Experimental Therapeutics and Pathophysiology Branch of the National Institute of Mental Health.

Patients who do respond to Ketamine see results very quickly. In a review of 10 studies last year, Ketamine reduced suicidal thinking within a day.  It is important to note that the effects of Ketamine are temporary, often lasting days or weeks depending on the patient.  It is highly recommended to receive multiple treatments and that frequency and consistency will result in longer lasting results. By contrast, commonly prescribed antidepressants generally take several weeks to even begin relieving symptoms, if they are effective at all, and come with a host of side effects.

Ketamine produces wildly different results than prescription medications because it does not target the same brain activities as antidepressants like fluoxetine (Prozac), venlafaxine (Effexor), and sertraline (Zoloft). Rather, it blocks a receptor called N-methyl-D-aspartate, or NMDA. Why does that relieve depression for some people? Scientists can’t say for sure.  What scientists, physicians, and patients can say is that when it works, it works wonders.

There has been some concern in the non-medical community because when Ketamine is administered in large and rapid doses, like in the example of use as a “street drug” or “club drug” there can be an element of hallucination.  This is because of the dosing.  This same argument can be made for many medications.  When Ketamine is administered in carefully measured doses by a medical professional over an extended period of time, the likelihood of this is dramatically reduced.

The medical professionals at MidSouth Pain Treatment Center are highly trained in the delivery of Ketamine Infusions.  There is hope. There is breakthrough treatment for you right here in the mid-south.  Please call our Southaven Infusion Center  and take the leap to receive the treatment that you have been seeking.

Midsouth Pain Treatment Center can help you feel relief from your pain so you can live your best life possible.

What Our Patients are Saying

The Medical Team at MidSouth Pain Treatment Center understands that chronic pain is different for every patient. It is because of this philosophy that our medical providers take a completely individualized approach to crafting specific treatment plans for each patient. When it comes to chronic pain, no two symptoms are alike and we pride ourselves on diagnosing and treating pain. We believe that there is a solution for everyone. Our patients do not have to accept a life with pain.

This place was easy to find. The nurses & doctor was friendly & easy to talk to. They explain everything so you can understand & they listening to you about your pain. 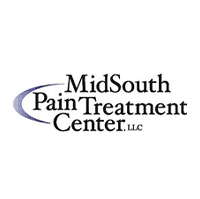 The staff is friendly and my nurse and doctor are definitely caring and try to find the best solutions to help their patients. I highly recommend.